It started out with simply collecting the pins that family of deceased Bronson Methodist Hospital School of Nursing graduates sent to the alumni association. Then Anna Stryd (1961) and Jackie Wylie (1962) proposed a pin display project to the alumni board. The pin display became a reality and was featured at the alumni brunch on October 11, 2014. The following is a brief history of the collection, which now includes 22 pins.

Starting in 1904, all Bronson graduates were awarded a Maltese cross-fashioned pin that was gold with blue enamel letters around a blue enamel circle. Starting in the 1930’s the design included a thin enamel white circle with lettering that encircled the Bronson, old English “B” in the center. This more elaborate design, with the pin still in the shape of a Maltese cross, was kept until the school closed in 1998.

Thanks to Cindy, at PJ’s Frame-Up, for her creative and beautiful framing display of these historic pins. 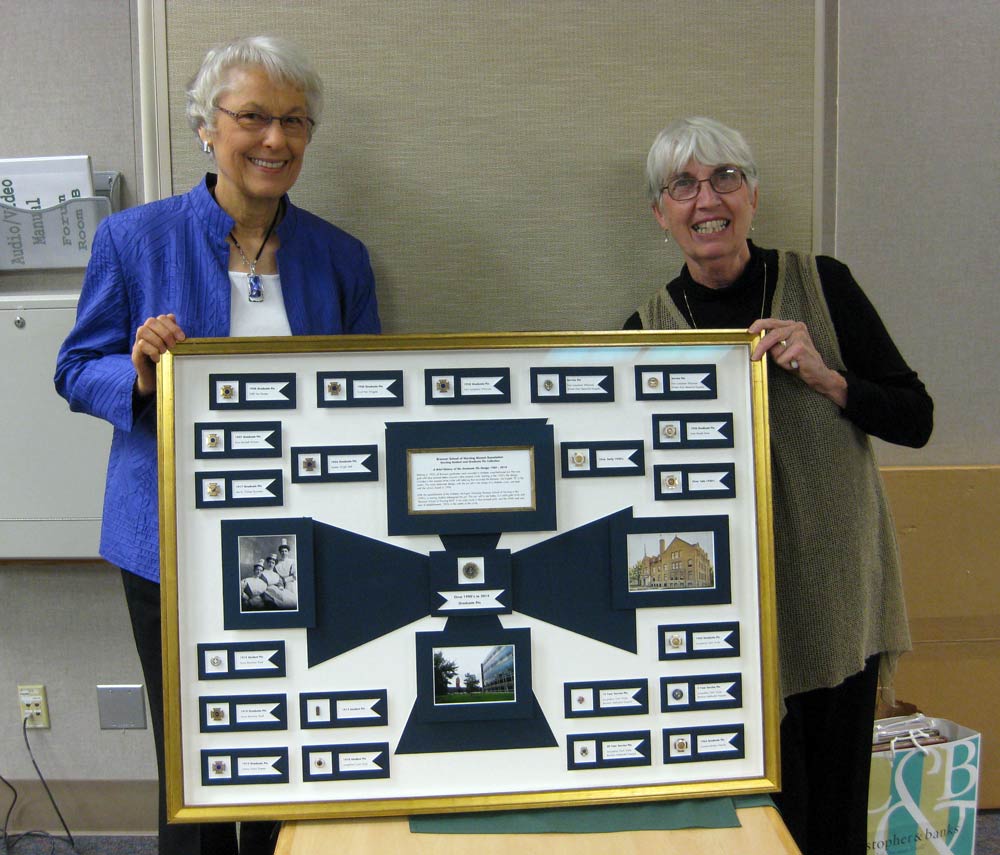