I hiked 1100 miles in the summer of 2012 along the Pacific Crest Trail. Hiking such a momentous distance was completely out of the ordinary for me, it may have been a once-in-a-lifetime opportunity (though I hope not). I returned to Kalamazoo with important memories, an appreciation of modern living, new questions for my life, and lots of photos. Even until now, eight months after ending my hike, I find myself browsing through my trail photos, editing them so as to capture the mood I remember feeling in a particular place, or looking for details that my memory has already lost, or sometimes just allowing myself to be transported back to the most wonderful moments of my hike.

I decided that I would choose one of my photos to print at a large scale and to frame. I knew this would be an expensive treat, so I tarried in choosing which photo I would print. I ended up printing a photo of a mountain top that lies just beside Pinchot Pass, in the Sierra Nevada mountains. To me, the photo embodies the ruggedness of mountains, as the composition is filled with the hardness of the rock, rough texture, variants in tone (especially in the veins of lighter rock), and is given depth by the craggy nooks emphasized by deep shadows cast by the low sun. The scale is hard to determine, and I like that, as it allows the peak to be as large as a one feels. I camped just below Pinchot Pass, near an ice-cold, snowmelt stream that fed into a mountain lake a thousand feet below me. This part of the trail was extraordinarily beautiful.

I went to PJ’s Frame Up at the recommendation of my Mom, who had an absolutely positive experience there years ago. I had never been in a frame store, and relied heavily on the help of Cindy and my Mom in choosing the right matte and frame. We held up various mattes to the photo, sometimes alone, sometimes in pairs, moving from white, to off white, to black, to silver, to light gray, and through all the colors again. Likewise with the frame, we tried many types against the photo and the matte. I realized, eventually, that I had to make a decision, and picked my matte and frame, held it to the photo once more, and then made the purchase. When I picked up my framed photo, I couldn’t have been happier. It was beautiful – more so than when I had last seen it, because now it was coupled perfectly to the matte and frame carefully chosen to enhance the photo. Now, as it hangs in my living room I will often times enter the room with no other purpose other than just to stare at my photo for a moment. If I get the chance to frame another of my photos, I will go to PJ’s, with confidence of the getting the highest quality attention, taste and frame. 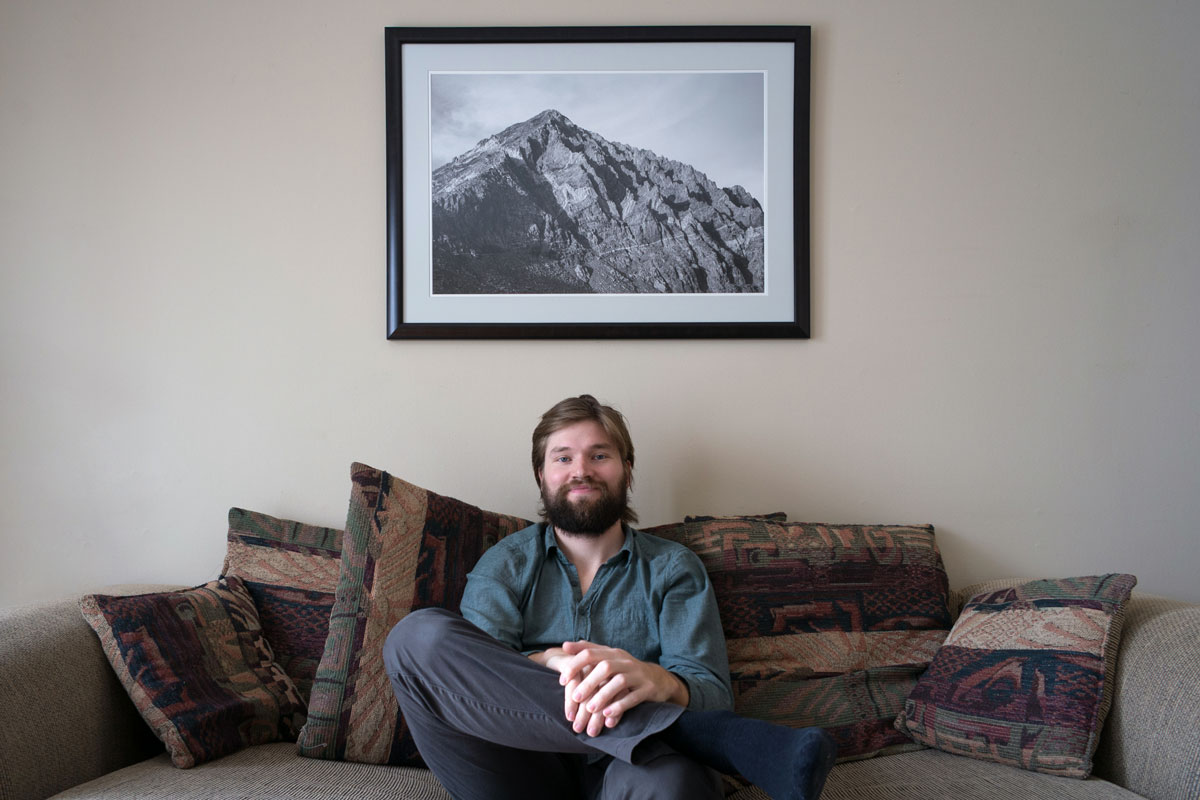